Eileen joined the Trust in November 2018 and was appointed as the Joint Chair across East London NHS Foundation Trust and North East London NHS Foundation Trust with effect from 1 January 2023. She was Acting Chair of ELFT from April 2022 and prior to this was appointed Vice Chair of London in March 2019 and subsequently of ELFT from October 2020.

Eileen is a veteran investment banker with 38 years’ experience within global leadership roles based in Asia, US and the UK.  She has held a range of senior roles in Deutsche Bank over 30 years including Global Head of Regulatory Management and CEO of DB UK Bank Ltd.  Eileen has held Chief Operating Officer roles at Global Markets Europe, Global Foreign Exchange and the Institutional Client Group. She was also Chair of the Catalyst Europe Advisory Board and was the Co-Chair of the Task Force of Talent Innovation.

Eileen Taylor is currently a Non-Executive Director of MUFG Securities EMEA, Ltd. She has also served as a Trustee on the Board of the East London Alliance (ELBA) Charity as well as on the Advisory Council of Heart of the City Charity and is formerly a Board member of the British Bankers Association (2013–2016). 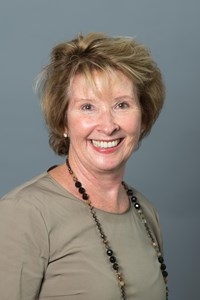 Aamir joined the Trust in November 2018 as a Non-Executive Director and was appointed as Vice-Chair (London) of the Trust with effect from 1 January 2023, having acted up in this role since July 2022.

Aamir is a well-versed entrepreneur, having founded a number of businesses in retail and hospitality including founder and CEO of furniture retailer Dwell. He was Lloyds TSB Asian Retail Entrepreneur Jewel award winner in 2008.

Aamir is a Trustee and Director at children’s mental health charity Place2Be.

Other previous positions include Strategy Consultant with Boston Consulting Group and Senior Group Strategy positions at Laura Ashley and Diageo. He is also a former foster carer with Lambeth and Albert Kennedy Trust, working closely with disadvantaged LGBT teenagers. 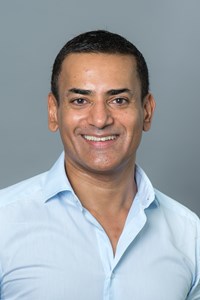 Deborah joined the Trust in January 2021 as a Non-Executive Director and was appointed as Vice-Chair (Bedfordshire & Luton) of the Trust with effect from 1 January 2023, having acted up in this role since July 2022.

Deborah trained as a nurse at St Bartholomew's Hospital, spending her clinical career in orthopaedic nursing before moving into nursing management.  She has been Director of Nursing at several NHS trusts in London and became Deputy Regional Chief Nurse for NHS England South Region. More recently, Deborah moved back to a Director of Nursing post at the North Middlesex Hospital, before retiring from full-time work at the end of 2019. 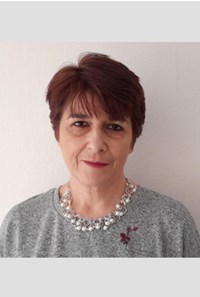 Ken joined the Trust in November 2016 as a Non-Executive Director and was appointed as the Trust’s Senior Independent Director with effect from October 2020.

Ken worked for 30 years in the technology sector – at IBM and at Lenovo. At Lenovo he ran the Human Resources service in Europe, Middle East and Africa, and then in Asia Pacific. He currently runs his own company providing HR consultancy to organisations.

Since leaving full-time employment, Ken has undertaken several public sector roles. In January 2019, he completed a four-year term as a lay member on The Speaker's Committee for the Independent Parliamentary Authority. He is Vice-Chair of the Inner Circle Education Trust, Trustee of Dr Frost Learning and Chair of the Mosaic LGBT+ Young Persons’ Trust. He is also the Independent Chair of the Nominations Committee at the Royal College of Emergency Medicine and Member of the Council of Queen Mary, University of London (QMUL).

Ken was one of the founders of the Albert Kennedy Trust, the UK’s LGBT Youth Homelessness Charity, and is now an Ambassador for the Trust. In 2018, he was listed in the Financial Times as one of the ten most influential LGBT+ people working in the public sector. 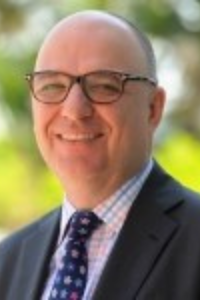 Richard joined the Trust in December 2020 as a Non-Executive Director after almost 26 years as a local authority chief executive.

Richard was the first Chief Executive of Central Bedfordshire Council, a unitary authority created from the merger of a County Council and two District Councils in 2009. In his 11 years at the helm, the Council delivered significant improvements in key areas such as Children’s Services, Adult Social Care and Regeneration, against the background of a challenging financial climate.

Between May 2017 and October 2020, Richard was the Senior Responsible Officer for the Bedfordshire, Luton and Milton Keynes Integrated Care System (ICS) serving a population of a million people and comprising fifteen organisations straddling the NHS and local government. Richard has also been a University governor and a governor of two colleges of further education.

Richard now runs a small management consultancy whose assignments have included working with the Department of Health and Social Care as part of the response to the COVID-19 pandemic. He is also Managing Director for the East Midlands Development Company and Interim Director of Corporate Services at City of Edinburgh Council. 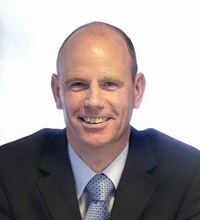 Anit joined the Trust in November 2018 as a Non-Executive Director and is also the Trust’s Audit Committee Chair.

Anit is a qualified Finance Director with blue-chip experience and a track record of business partnership and commercial finance leadership.

Anit has been recognised three times in the Financial Times list of The 100 Leading Ethnic Minority Executives. 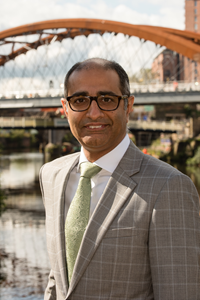 Dame Donna joined the Trust in January 2021 as a Non-Executive Director.

Dame Donna was General Secretary and Chief Executive of The Royal College of Nursing (RCN) until 2021. She was responsible for delivering the RCN's strategic and operational plans and promoting patient and nursing interests on a wide range of issues.

Prior to joining the RCN, Dame Donna held various roles including Clinical Director of Emergency Medicine, Executive Director of Nursing and Director of Commissioning. Dame Donna has specialised in child protection, providing leadership in major hospital trusts in London, teaching, and advising on legal and governmental committees. 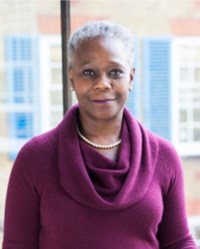 Sam joined the Trust in January 2020 as a Non-Executive Director.

Sam has been a GP in Tower Hamlets since 1989 in the Bromley-by- Bow Partnership. The centre has over 100 projects under its roof supporting the wider determinants of health. The social prescribing delivered at the centre is now part of a network of two thousand across the country and is in the process of being put in every general practice in the country. He is Vice-Chair of North East London CCG.

Sam is a member of BMA Council and Vice President of the BMA. In 1999, he received an OBE for services to inner-city primary care in 2006, the International Award of Excellence in Health Care and in 2015 a knighthood for services to primary care. He is a member of the Ministerial National NHS Infrastructure and NHS Resolution Boards, and is Fellow and Honorary Professor of Queen Mary University of London and Vice President of the Queen's Nursing Institute.

Sam has previously been a member of GMC Council, Cabinet appointed Ambassador for Social Enterprise, Acting Chair of the BMA, adviser to shadow cabinet ministers between 1992 and 1997 and national advisor to NHS England’s New Models of Care project. 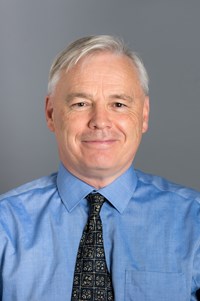